The Reef House in Roatan, Honduras

Some days you go to work and it's the same old thing, but then there are other days, like today, that I find out that one of my clients has blogged about ME!  I was planning on blogging about The Reef House in Roatan, Honduras, but I think my client's blog tells more than I ever could.  So straight from the clients own blog:

"I went to Roatan for six days last week (Mon-Sat) and stayed at the Reef House. It is located on the south side of the island near the east end. It was a 40 minute ride from the airport to get there.
The Reef House Resort is located on a small island. You have to take a boat to get there. It is a small resort, probably about two acres. It has about 15 rooms with a large common area. It is an eat, sleep, and dive place. The dive package includes a two tank boat dive in the morning (boat leaves at 9:00) and again at 2:30 for a one tank. There is unlimited shore diving. The shore diving is great but it is about 50 ft of shallow water (3-8’) before you drop off the wall. The wall drops down to about 100’. The prevailing winds come in from the South and South East so this side of the island is unprotected. Really only one day was acceptable for shore diving. The others had waves crashing over the dock. But it was a very nice wall. 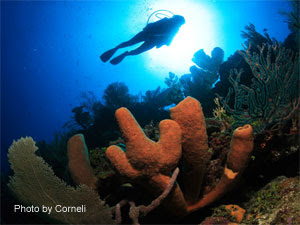 The owner, Mike, is very hands on. He ate with us (breakfast at 8:00, lunch when the boat gets back, and dinner at 6:30.) and did a lot of small chores around the place. He is from Georgia. He has owned it for about three years and is the instructor. The dive master is Daveed. He has been there for 16 years and is quite the piece of work. He is entertaining and laid back. Once he feels you are qualified he allows you to do about whatever you like. Almost every boat dive started (and ended) in 20-40’ of water. (There is little to no current.) He never ended the dive when the first person was out of air. Rather he made sure all were back and knew where the boat was, then you are on your own till your air is gone. He also sang while he led! He was very accomplished at finding things as are most dive leaders. He has become something of legend though, due to him being in one place for so long. 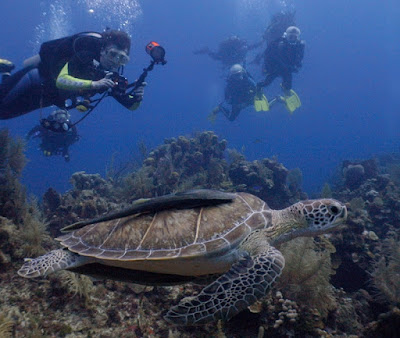 The rooms were not small. They had two queen beds and enough floor space for your gear. The showers had plenty of pressure although the water was not as hot as I like it but I do like very hot showers. It had a small TV with satellite. The AC had to work hard to keep the room cool. But it managed okay along with the ceiling fan. The food went from good to terrific. The high light was Friday were we had lobster and steak. The lobster was grilled and might be the best I ever had.
They have a lagoon there where they keep turtles. Local fisherman bring in turtles they caught and Mike pays them. A professor out of California studies them and tags them. He was there during my trip and a very interesting fellow. He is there all summer and most winter breaks. He has students working with him. After cleaning and tagging they release them. His name is Dr. Steve Dunbar if you want to google him. You can adopt a turtle on line to help his research. 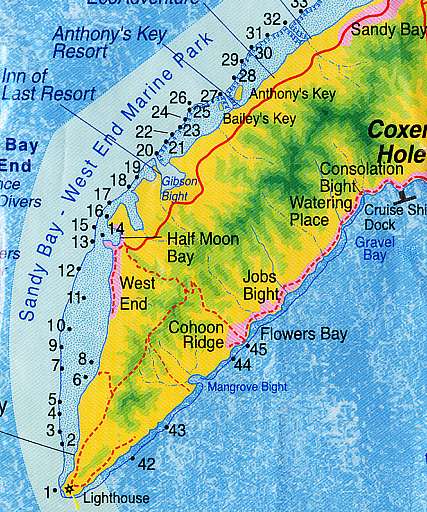 We went on a shark dive and I am glad I did. This was a first for me. It was one of the best dives I have ever been on. I would encourage everyone to do that. The only negative I would say about that is the boat was made for speed and not diving. We all had a hard time getting out. But other than that it was great. (This was extra and not a part of the Reef House package. $95 for the dive and they offered a video for $25.)
The airport is the smallest international airport I have ever been in. It handles 0-5 flights a day. While the lines were slow, they were short.
I went to Coxen Hole on Friday. I should not have bothered. There was not a cruise ship in that day and everything (about) was closed. I did go over to the West End and those shops were open. I should of just stayed and dived though. 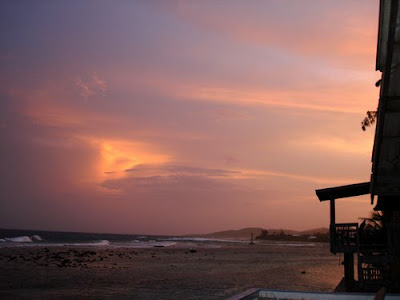 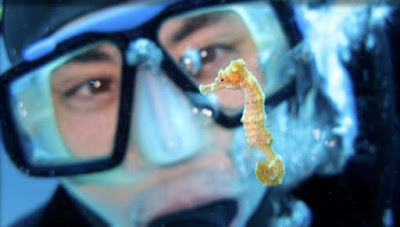 Viz is generally around 80’ (On our night dive it was less than 20’)
There were as many as 15 in our dive group. However, they were all good divers so there was not a problem but that is a large group. When Daveed pointed out something small there was a bottleneck to see it. (They do have two boats. I did not ask but if there were some who were not great divers they probably would have taken the second boat.)
No Nitrox (and we had some very long dives, I had to make one deco stop) This may change soon.

The Reef House was around $850 for the six days with three boat dives a day and food included. The flight was $600. I used a travel agent that was very helpful. We started our search by telling her we wanted a great dive deal that was a non-stop flight from Houston and I did not want to go to Jamaica or Puerto Rico.
I would recommend her: Christy Mackley, Christy@barediver.com 770-331-8832. She works closely with another company: Caribbean Journey. You need to remember when you compare pricing that Roatan does not include airport taxes in their ticketing. You will have to pay $38 when you leave via the airport. (There was a group of five from California that put all their regs and computers in one carry on. On one flight they ran out of overhead space and they were forced to check it. It did not make it. When we left they still have not gotten it. The owner of course, had gear for them.) 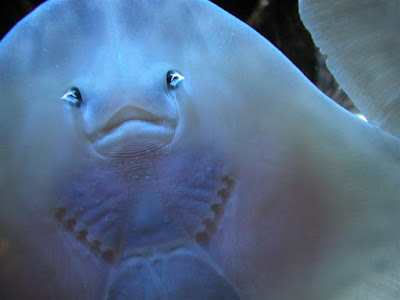 I do not think non-divers would like The Reef House after a couple of days. There was one nondiver at the place but he was a friend of the owner. They do have a nice deck and beach chairs in the shade (on concrete). Plus you can snorkel. If the seas are rough you can snorkel in the turtle lagoon. (It is about 4’ in the deepest.) Other things nondivers can do is take a boat taxi to see the man groves and sight see. (The boat taxis were cheap. They would take you to the car taxis for $2.) There is also a zip line that is close: Pirates of the Caribbean Canopy Tour. I went one on there before (not this one) and it was impressive. It was about two miles total of line. One other activity that is close by for nondivers is a horse tour of the jungle. 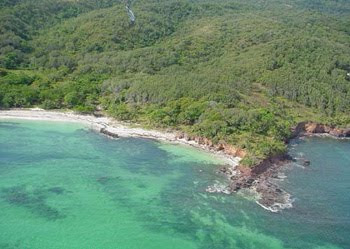 Note: If you have several nondivers in your group, you should ask Mike (the owner) if he would take them to the West End once or twice while you are there. It still would take about 50 minutes or so one way. Most taxis there are small and will probably only carry four people max. Even if he charges a little it would be better than a taxi. (He has vans.) 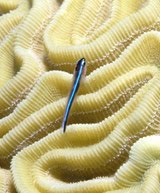 I have been to the island twice before. I have dove Turquoise Bay and the West End. TB is nice resort and it is about as far as the Reef House but it is on the other (north) side. The water was calmer, reef was nice, and there was a lot of fish. I do not recall a wall or any great structures. They do have sand flies.
The West End has many dive shops. It is where most people go on the island. The diving though was like TB. There is a lot going on (relatively speaking) at the West End. (I spoke to some one at the airport about Anthony’s Key that is near the West End. He said he did not get into any sand flies. AK is probably one of the nicer resorts on the island. It is five minutes from the West End.)
The diving from the Reef House had walls and some swim through, impressive over hangs, and a lot of huge structures. The longest swim thru was Calvin’s Crack. You drop in a 5’ diameter hole around 40’ and it goes on for about 50’ and ends at 70’ depth. The wall there is impressive.
There is another dive site called Alcoholic Dog. So named because there is a rich widow that lives in huge house (hoping that some of her seven children will stay with her) by the site that lives alone, but refuses to drink alone so she drinks with her dog. The story goes that the dog drinks Red Bull in the AM then starts in with beer after noon. By the time they stop the dog will drink 24 beers. I told you Daveed was entertaining.
Posted by BareDiver Travel & Scuba at 10:53 AM